The month of March 2018, has the full length music special of Joshua Aaron, a greatly anointed Messianic musician, song writer , who we all like, very much.

The songs will make you smile, make you think, and stamp your feet, and then turn you into retrospect and brings you into the presence of G_d almighty.

Joshua concert was played and recorded at El Shaddai Ministries in Washington State on Monday August 8, 2016. 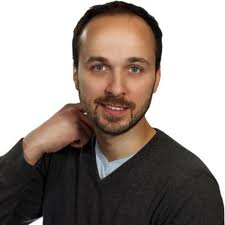 Joshua Aaron is an award-winning, Messianic, Jewish singer/songwriter.
He, his wife Jeannie have four children (Emma, Shuki, Max and Levi) currently reside near the Sea of Galilee and maintain citizenship with both the nation of Israel & the United States of America.
Since the release of his first live CD, “Bo Yeshua” (2009), Joshua’s music has grown to an international level, with more than 13 million views on YouTube.
His 2012 release, “You Are Holy,“ won him two Independent Music Awards for his original songs, “Hoshiana” and “You Are Holy.”
His 2014 release, “Hu Yavo,” soared to new heights, powerfully connecting both the church and Israel through music.

Coming on the heels of these three successful releases, Joshua has released his most polished and passionate album to date on December 16th, 2016.
His new batch of songs, appropriately titled "Every Tribe," bridges the gap from folk to pop, from energetic to stripped bare, from traditional to modern, and from Israel to the churches of the world.